However many times you visit Cambridge the City always seems to have something new and interesting to offer. Individual University Colleges, dating back to 1209, include King’s, famed for its choir and towering Gothic chapel, Trinity, founded by Henry VIII, and St John’s, with its 16th-century Great Gate. University Museums have fascinating exhibits on archaeology and anthropology, polar exploration and many other branches of science.

For our visit we have booked a conducted tour which will be led by highly trained and entertaining guides who will share their in-depth inside knowledge of the city. The tour will take approximately one and a half hours. Walking will be on flat ground at a leisurely pace and will include regular stops. We will see the historic heart of the city including the golden Corpus Clock; The Senate House and Old Schools, the outside of stunning colleges such as King’s, Corpus Christi and Trinity, and the Old Cavendish Laboratory, home of many world-changing scientific discoveries.

Our guides will give us fascinating insights on student life and on more than 800 years of University history.

We will visit King’s College grounds and spend time in the Chapel, famous for the annual Christmas service broadcast of Nine Lessons and Carols. 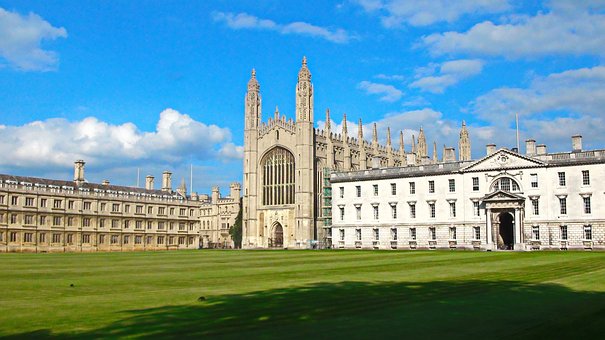 Henry VI was only 19 when he laid the first stone of “the College roial of Oure Lady and Seynt Nicholas” on Passion Sunday, 1441.

The Chapel is one of the finest examples of Perpendicular Gothic architecture in existence, with the largest fan ceiling in the world. The lighting and windows cast a magical spell all the year round.

In the chapel there is an exhibition of the history of the college and we will also see the “Adoration of The Magi” painting by Rubens.

After our guided tour you will be able to spend time visiting the grounds of other colleges (for some there is a small charge) and attractions near the town centre. These include:

* the Fitzwilliam Museum, a huge showcase of classical and modern art and artefacts including Asian ceramics, armour, coins and paintings (free admission).

* the University Botanic Garden associated with the university Department of Plant Sciences. There are 16 hectares (40 acres) of gardens and plants, plus glasshouses and a cafe.

* the Backs, a picturesque area where several colleges of the University back on to the River Cam, their grounds covering both banks of the river. 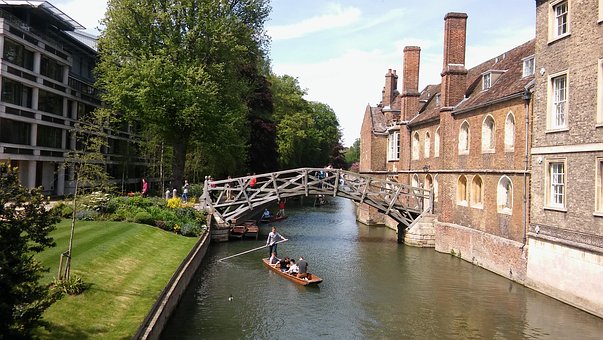 You may like to ride along a stretch of the river in a punt steered by an experienced student; or, if you are adventurous, self-steered! One visitor described this as follows:

“On the river it gives those relaxing in a punt a memorable view of our heritage of Gothic English Architecture being built from the mid 1400's to the early 1500's.”

Cambridge offers an enormous variety of pubs, restaurants and cafes for lunch, or you may prefer to take a picnic in the Backs and eat it watching the experienced and totally inexperienced punters on the river.

We will leave Cambridge at 4.30pm and, traffic permitting, hope to arrive back in Meopham by 6pm.

"Your u3a needs YOU"

We have a vacancy on our committee by the next AGM.