We will travel by executive coach to  Little Venice where we will join our London Waterbus Company boat. 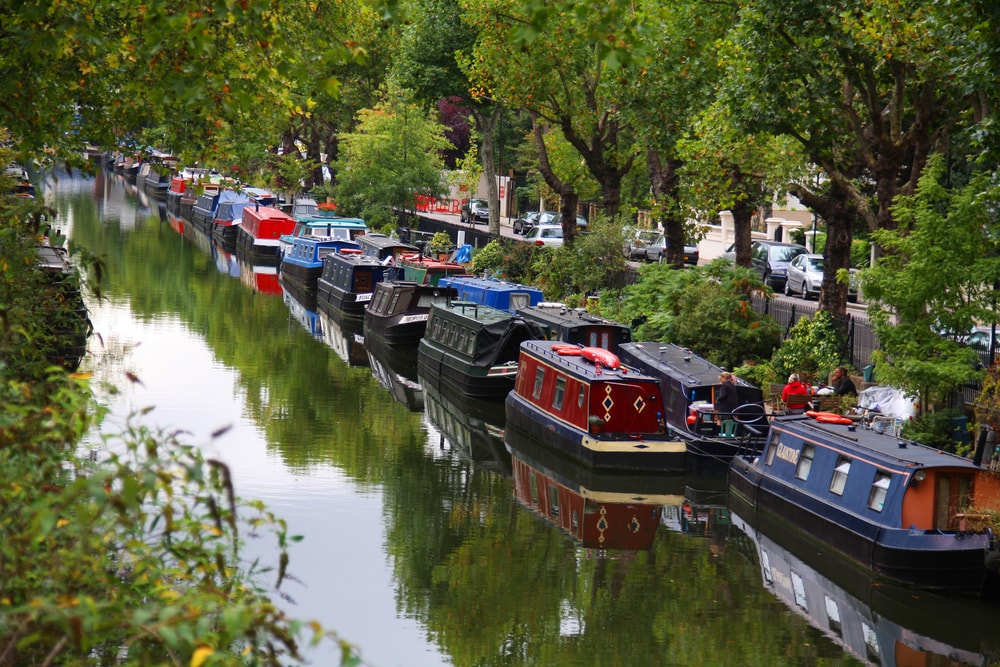 Little Venice is a small section of water where the Grand Union and Regent’s Canals meet and has attracted a number of waterside pubs, cafes and restaurant businesses over the years.

It is a hidden, quaint corner of London where life is laid-back from the hustle and bustle of central London. In the heart of Little Venice, among barges and nearby parks, there is a tranquil atmosphere and it can feel like you’re in the middle of the countryside, thanks to its canals, parks and waterside establishments.

It is widely believed that Lord Byron gave the area its name, as it reminded him of the canal network of Venice, although the poet Robert Browning claimed it was he that coined it. The main junction of the canal, Browning’s Pool, is named after him.

The area is surrounded by elegant 19th century houses, with white stucco facades forming a striking frame for the greenery and tranquil waters. Look out for resident swans, mallards, geese, coots and moorhens as well as the occasional visiting cormorant or heron.

From Little Venice we will travel by boat along the Regents Canal. 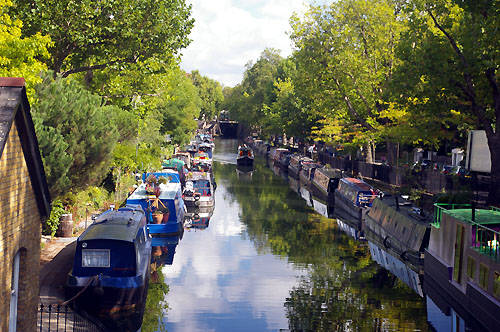 The Regents Canal was opened in 1820 linking the Grand Union Canal at Little Venice and the River Thames at Limehouse, providing an important industrial transport route. Today the canal is a leisurely corridor through London, navigated by leisure boats and lined with houseboats. It passes through Regent’s Park, London Zoo and the Maida Hill tunnel.

Passing through the north edge of Regents Park, the Regent’s Canal provides a green and tranquil backdrop to what was once an urban industrial waterway. The Waterbus passes contrasting scenery of expansive landscaped back gardens of Victorian and Georgian houses, including stately modern villas used by Ambassadors and international diplomats.

Opened in 1847, is the world’s oldest scientific zoo. Spread over 36 acres it is home to over 19,000 species. The Zoo participates in international research across the world to protect endangered species. 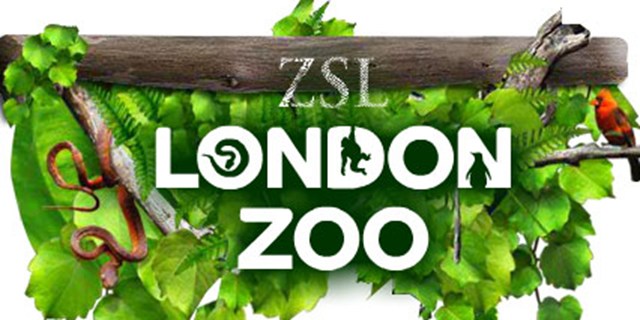 As we pass through London Zoo, keep an eye out for the Painted Wolves - wild African hunting dogs - the pack can often be seen as we pass their canal side enclosure. The Snowden Aviary, built in 1965, was the world's first walk through aviary and can also be seen from the canal. 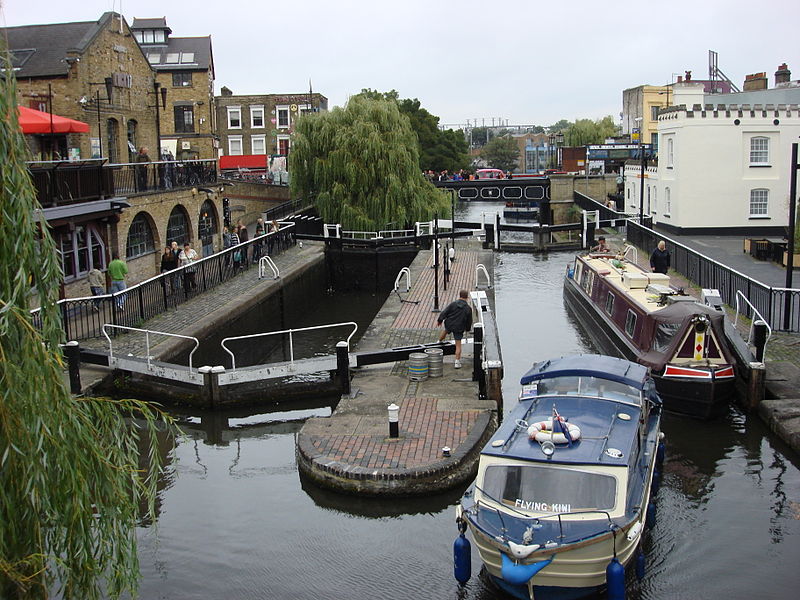 The locks were built between 1818 and 1820. The two locks are arranged side by side with an island platform between them. Each chamber has two gates at both ends and they have been Grade 2 listed since 1992. They were the first of 12 pairs of similar locks which dropped the level of the canal by 96 feet (29 m) to reach Limehouse Basin. Because water saving was important it

was transferred between the chambers which made operation of the locks more complex. During the heyday of the canal they were permanently manned with lock-keepers working a shift system to provide 24-hour cover. As the use of the canal declined, in part due to railway competition, manning levels were cut.

We will end our boat journey at a former timber yard which in 1974 was turned into the world famous Camden Market. There there will be plenty of time to walk around and soak up the atmosphere and find somewhere to eat and drink.

The vibrant market includes a vast array of traders with everything from fashion and footwear, to jewellery, art, housewares and antiques.

The area is a hub for artists, creatives, designers and makers. From handmade to vintage, there’s some hidden gems waiting to be found.

There are plenty of places to eat and drink, with cult cafes, terrace bars, top-notch street food and fresh-baked sweet stuff. There are literally hundreds of choices in the Market to tempt your taste buds whilst exploring maze of shops nestled in former warehouses and quirky converted stables.

We will return to Meopham by coach and expect to arrive back by 5.30.

"Your u3a needs YOU"

We have a vacancy on our committee by the next AGM.